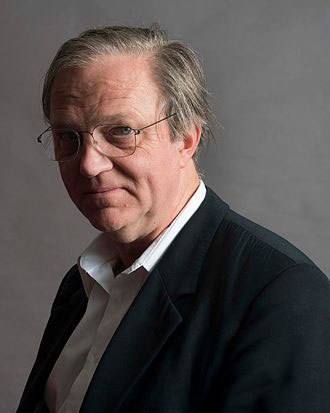 Education:
Professor Robert Storr received his B.A. in History and French from Swarthmore College in 1972, and earned an M.F.A. in Art from the School of the Art Institute of Chicago in 1978.

Career:
From 1990 to 2002 Professor Robert Storr was curator, then senior curator, in the Department of Painting and Sculpture at the Museum of Modern Art. As a curator, Storr made his mark early with a number of major exhibitions at the museum and elsewhere, which enhanced the public prominence of such artists as Elizabeth Murray, Gerhard Richter, Max Beckmann, Tony Smith and Robert Ryman. He also organized a number of reinstallations of MoMA’s permanent collection, covering such topics as abstraction and the modern grotesque. From 2002 to 2006 he was the first Rosalie Solow Professor of Modern Art at the Institute of Fine Arts, New York University. Per New York magazine, he is considered to be one of the most influential Americans in the art world.

Professor Robert Storr has been described as “an artist who’s logged enough studio time to have a special regard for painters’ painters … and a gifted writer who can make us appreciate them, too.” and a “vital link between the museum world and academia.”

Professor Robert Storr was the first American commissioner of the Venice Biennale in 2007. He has taught at the CUNY graduate center and the Bard Center for Curatorial Studies as well as the Rhode Island School of Design, Tyler School of Art, New York Studio School and Harvard University, and has been a frequent lecturer in this country and abroad. Storr was reappointed Dean of the Yale School of Art for a second five-year period beginning July 2011. After completing his second term as Dean, Storr continues to teach at the Yale School of Art as a tenured Professor in the Department of Painting/Printmaking.

Awards and honors:
Professor Robert Storr has been awarded a Penny McCall Foundation Grant for painting, a Norton Family Foundation Curator Grant, a Guggenheim Fellowship in 2016, and honorary doctorates from the School of the Art Institute of Chicago, the Maine College of Art, Swarthmore College, the University of the Arts London, and Montserrat College of Art. He also received awards from the American Chapter of the International Association of Art Critics, a special AICA award for Distinguished Contribution to the Field of Art Criticism, an ICI Agnes Gund Curatorial Award, and the Lawrence A. Fleischman Award for Scholarly Excellence in the Field of American Art History from the Smithsonian Institution’s Archives of American Art. In June 2017 his book, “Intimate Geometries: The Art and Life of Louise Bourgeois” was awarded the FILAF D’OR at the Festival International du Livre d’Art et du Film, Pergignan, France. In 2000 the French Ministry of Culture presented him with the medal of Chevalier des Arts et des Lettres and in 2010 promoted him to Officier of the same order.

Associations:
Complementing his career as a curator, writer, painter and teacher, Professor Robert Storr serves on the Art Advisory Council of the International Foundation for Art Research (IFAR).